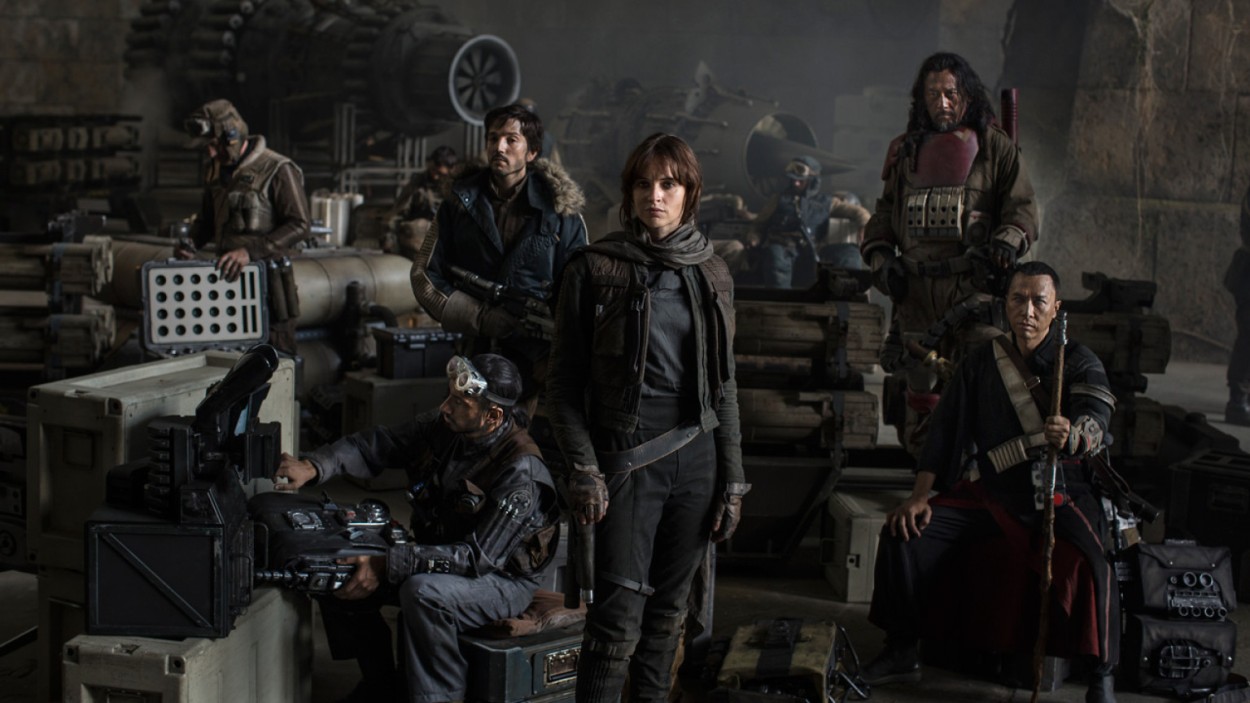 Just like many people from my generation, I was raised on the Star Wars films. My parents would make me watch Episode IV to Episode VI on VHS once a year. This galaxy far, far away became a new home for my fertile imagination to happily settle. Watching Luke Skywalker fight for the Rebellion alongside the badass Leia Organa and Han Solo made me a delighted child. So obviously, just like any other nostalgic fan, I will feast my eyes on anything related to the franchise. I’m that easy of a consumer. Put the Star Wars label on anything and I will wait in line for it and, oh, if you dare make the main character a badass lady, the odds are that I will defend it to my grave. It won’t come as a surprise that I was dying to see Rogue One and maybe it is all this hype that made the movie a slight disappointment to me. 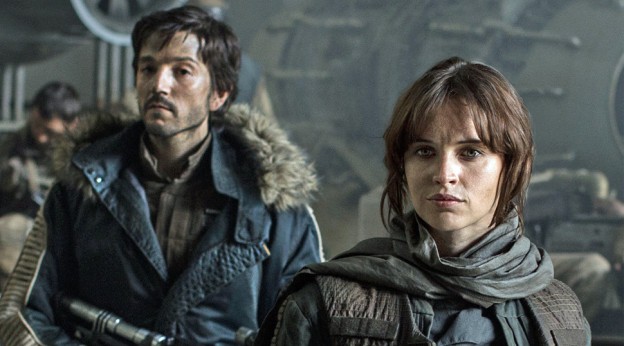 I will start off by saying that it might have something to do with the IMAX 3D in my cinema, or where I was placed, but the image was never in-focus and it bothered my eyes a lot. I started the movie in annoyance and left the movie with a tired brain, but I will rewatch it in the future, not in 3D, and will forge a new found opinion on this matter. Let’s dive in now, shall we.

If we forget about the technical difficulties, there is a lot to say about how the movie was shot. It’s one beautiful sequence after another. The camera movements are smooth, even through the heavy action. So much happens all the time and yet the frame always stays perfect. It allows us as viewers to enjoy the movie and not feel shaken all the time by everything that is unraveling in front of our eyes.

My main problem with Rogue One is the lack of character development. Even as a standalone film, the protagonists aren’t fleshed out enough for us to care about them. We got used to rich and lively characters in the past Star Wars installment, even Jar Jar Binks, as ridiculous as he was, made you feel something, anything, even if it’s anger at least it’s something. Oddly enough, Jyn Erso whom I was looking forward to meet on-screen seemed too cold for me. As strong as she was, she lacked the emotional depth that we found in Rey in The Force Awakens. Even as a standalone film, there is no excuse for writing bland characters. Even though we know we won’t see them again in future films, we still could have cared for them, had the writers handled things differently. Thankfully, the presence of my new favorite droid, K-2SO, made for some great comedic moments and his sarcasm was a true blessing in most scenes. 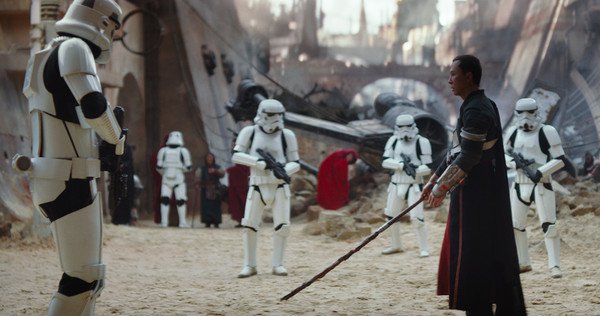 The last twenty to thirty minutes of the film are the most enjoyable and make it worth the watch. Other than that, the score was underwhelming, which came as a shock considering how strong the Star Wars saga normally is in that area. Rogue One is a little disappointing if you’re looking for a new gem in the series, but as a piece to the puzzle, it is very enjoyable. You will find yourself enticed and laugh a few times, but it’s lacking what The Force Awakens brought to the table: a fresh new take on the movies we’ve watched so many times. Let’s just say I am looking forward to the Han Solo film and hoping with all my heart that it won’t make me feel indifferent as Rogue One did.