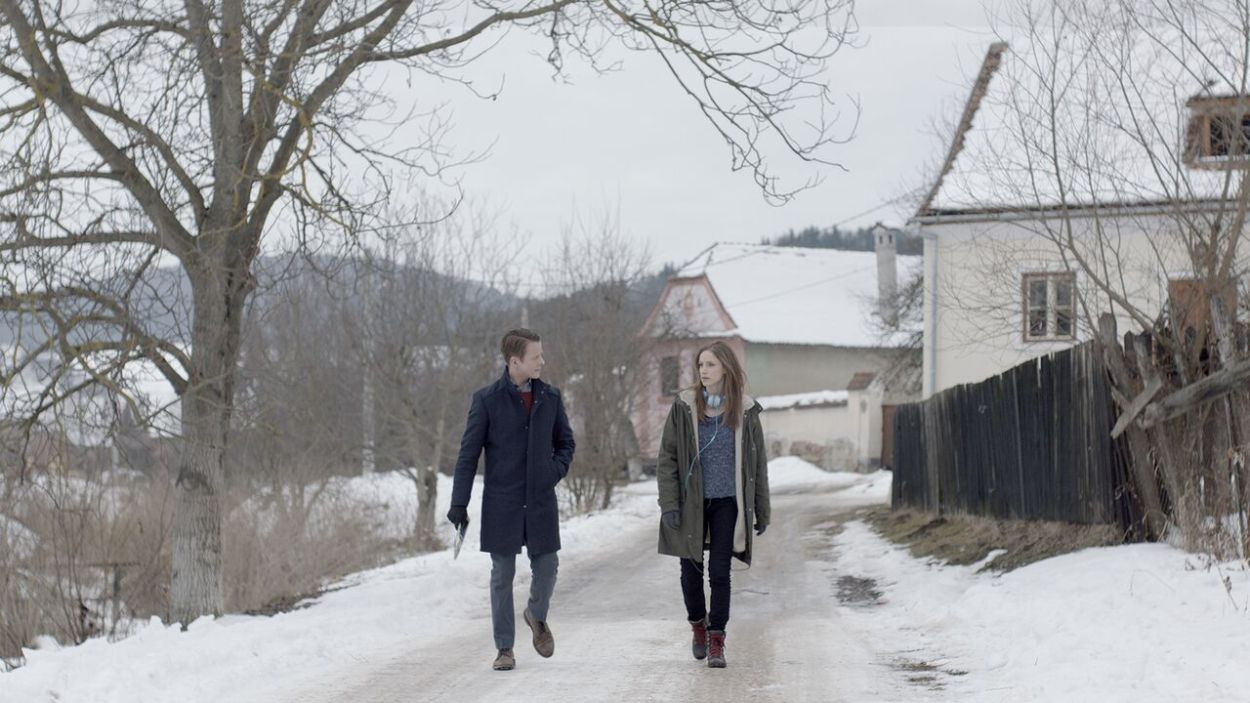 The Dancing Dogs of Dombrova opens with Sarah and Aaron Colter (played by Katherine Fogler and Douglas Nyback) waiting for a train in the cold, arguing with one another if the car at the end of the road is a cab. Aaron also goes to show how he understands a few words in different languages, unfortunately to them, the Polish language isn’t one of them.

The chemistry between Aaron and Sarah is incredible, you can feel the banter coming and you stay to watch them feud back and forth. It was something I can see easily being done with my older brother. The hints of their past relationships and hardships with one another are also evident throughout the entirety of the film. It’s a marvel to witness.

There are a few moments of the film in which the feud turns way more sour than basic sibling rivalry and at first, they do feel a bit random. But after watching them open up and reveal a bit more, it is easy to become entranced and watch them do their things. These are talented actors that director Zack Bernbaum got to work with.

Zack has a story credit alongside Michael Whatling who prior to this was a set teacher, but together they came up with a very sweet familial story that has some extra layers as well. Whatling’s script is entertaining and funny and showcases a whole lot of heart. And the film also dives into the hardship the country has been through mentioning the wars. But that doubles as a statement about some of the hardships our own grandparents – or parents may have done.

I’ve written about it sporadically throughout my writing on this site, but my family came from Chile to avoid losing their lives due to the coup in 1973. And though it’s not the same, it was hard to not picture myself going on a similar journey to find something that they have lost or left behind.

This film works so well because it leaves you open to relate to the characters, between being closed off with one another slowly to being honest with each other, as well as making you think of immigrants and their own journey.  It will also make you laugh, a lot more than expected.

My only complaint is that I wish I saw more of Piotr in action, but I spend hours watching dog videos in my free time, so I’m biased. Other than that, it’s always lovely to have another great Canadian film be released.