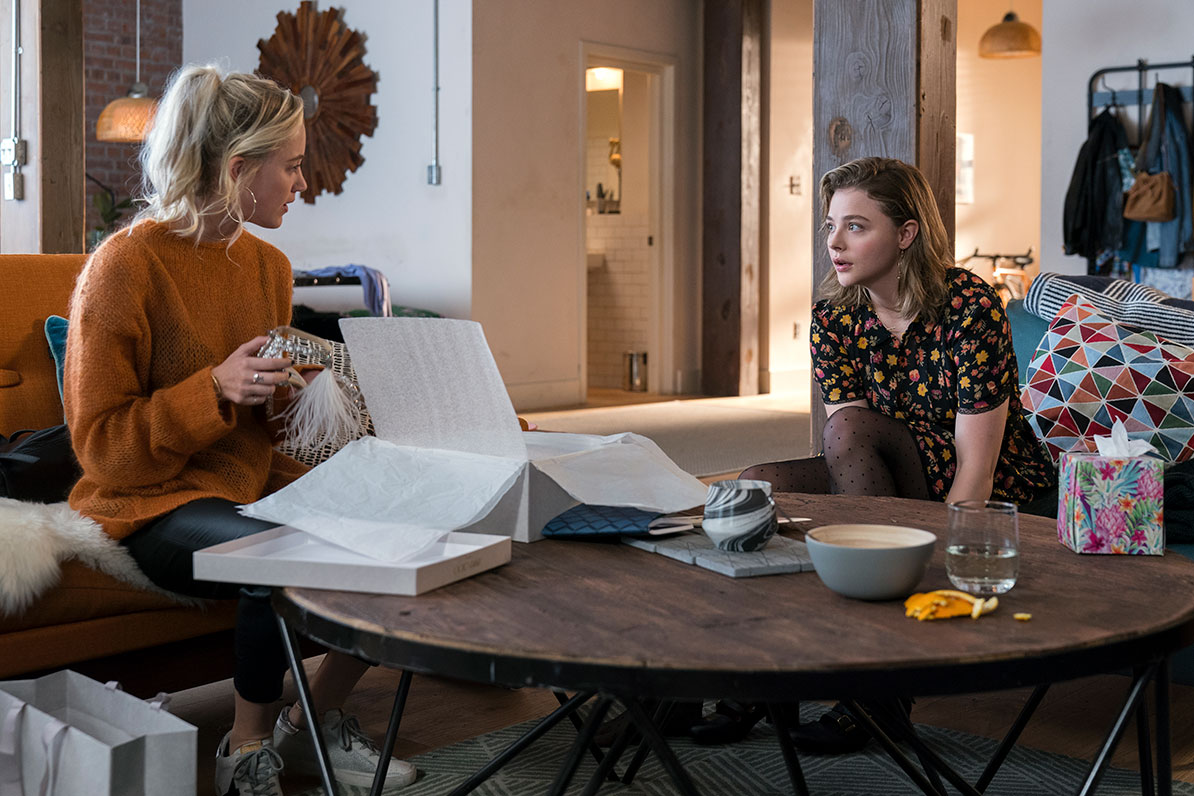 From the director of Interview With a Vampire and The Crying Game, Neil Jordan brings a very fun entertaining thriller that would creep you to the core. If you can find yourself invested that is. The premise is simple and it helps. Frances played by Chloë Grace Moretz was raised in a small town before coming to the big city. While in the city, she lives with her friend Erica (the always great Maika Monroe).

One day, Frances finds a purse on the subway and brings it home to her and Erica. They discuss the purse and how the only reason why she brought the purse off the subway was to take it to the lost and found which conveniently can be found at the same station, considering they shot the film here in Toronto (lower Bay station keeps winning). After Erica inspects the bag, Frances finds a wallet that includes ID, so Frances decides that she’s going to attempt to return the bag. Erica mocks her for being from a small town because city people would never do such a thing, and in reality, Erica is sort of right in terms of being the right decision.

What ends up happening is a strange and unique sort of daughter-mother relationship between Greta (the great Isabelle Huppert). At first, they spend time together by going to adopt a dog and Greta starts following Frances and showing up in places like her work, without warning. The relationship gets creepier and less wholesome (in comparison to the almost surrogate mother one that was also borderline creepy). Frances eventually while looking for a candle stumbles upon a cupboard that has multiple identical purses all including a post-it note with her name and number.

Things go from bad to worse real quick, thanks to the very short hour and a half runtime. It keeps it easy to move from one thing to the next, and it never feels like it moves too fast. It feels like a solid throwback to an old thriller from the nineties. It’s a film that can be absurd in nature but somehow can be sold truthfully. A good time that won’t be regretted, especially if you enjoy both Isabelle Huppert and Moretz. It is also great to witness Huppert dancing around her house as she plays this terrifying woman.